If you have read Moby Goes to Central America Parts 1 and 2 then you know that around Christmas 2017 Janene and I first spent a week on mainland Belize and then a week offshore on Glover’s Atoll. It was all lovely, except for the unseasonably cold and wet weather.  But we were tired of the tourist trail, even if ours was a bit off the normal American tourist route.

So we threw out our original plans for more time on tropical beaches and canned “ecotourism adventures”, headed for the Belize City bus station, and took off on an alternate adventure.

As a kid I was always fascinated by stories in National Geographic about the civilizations in the jungles of Central America. So we headed southwest into the interior of Belize to see some archeological sites.

First stop for the night was the town of San Ignacio. It was billed a “vibrant” city in the Lonely Planet guidebook. I’d call it more “gritty 3rd world” with a small tourist district in the middle. Wandering through town we ran across a weekend farmers market. I went on a binge of eating street food. Janene calls it “street food roulette”. She feared Mayan revenge (southern cousin to Montezuma’s Revenge) and opted to dine in an Anglo filled restaurant in the tourist district. I happily ate there too. I think she is always secretly disappointed when I eat all the delicious street food and then don’t get sick.

Unlike our usual slumming accommodations, here in San Ignacio we got a room with a private bath, TV, furniture and AC. 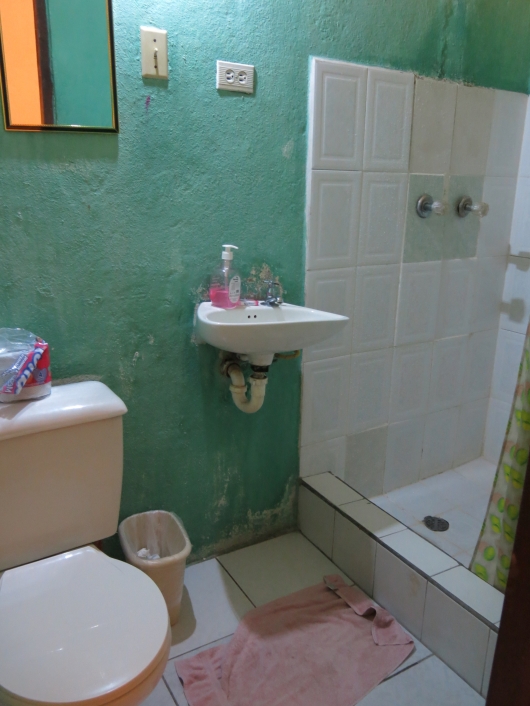 Such luxury- A room with a private shower! It had been weeks. Unfortunately that night we discovered that our hotel room shared a wall with a disco next door, a disco whose DJ favored heavy thumping bass music all night long.

Just south of San Ignacio was a major Mayan site. Visitors have to walk a mile or so uphill to get there from the main road. That is certainly no way to attract American tourists. 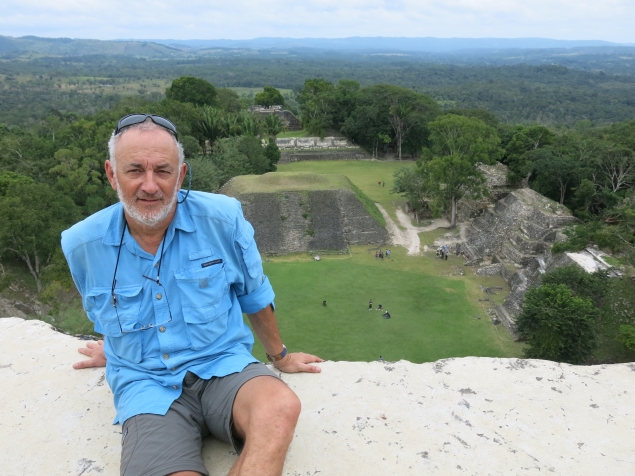 I love countries where the legal liability lawyers don’t ruin all the fun. Exploring archeological sites in foreign lands generally means you can go pretty much anywhere you feel like it. No guard rails to get in the way. Want to sit on the edge of a dangerous precipitous ledge? Knock yourself out! Feel free to join the many people who have killed themselves recently for a good selfie or Instagram shot.

As a kid I was always fascinated reading about the jungle flora and fauna as well as the Mayan ruins. The jungle trees at Xunantunich were full of giant termite nests.

Termite nests everywhere, but no termites in sight. Hmm. It turns out they build tunnels up the sides of the trees for safe passage inside.

After watching some young locals give it a try, I joined in and sampled some of these “Nozzle-Headed” termites. Not bad, really. Janene declined on this dining opportunity.

The termite soldiers have a head filled with sticky liquid they spray on intruders. How cool is that! 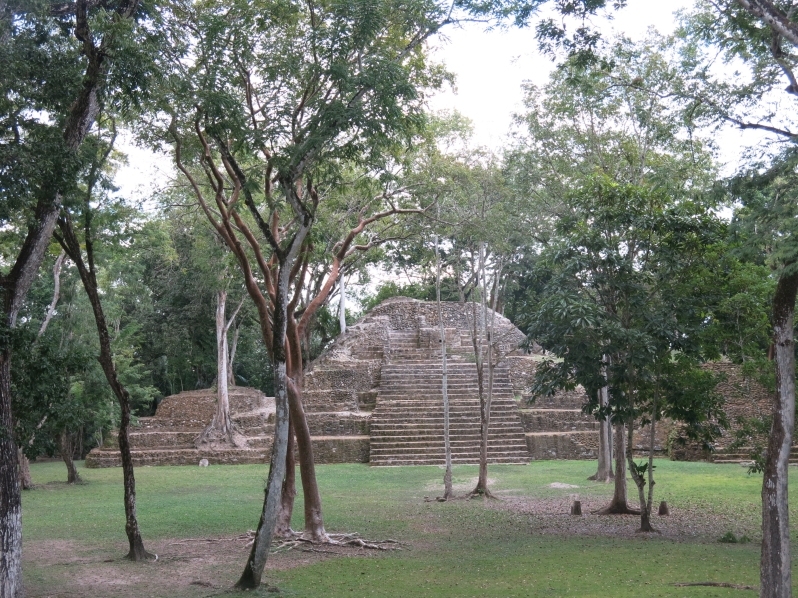 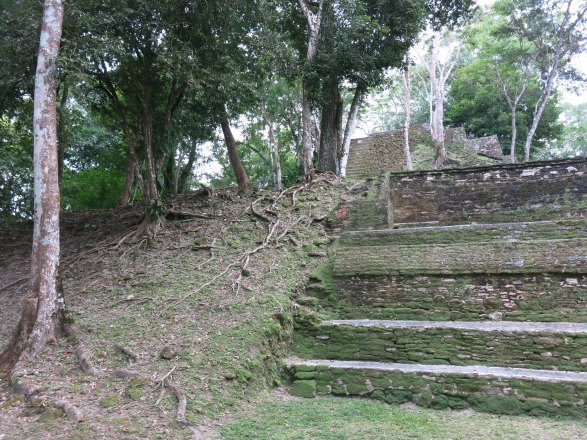 The left side of the photo shows what this ruin looked like before excavation. What an effort. 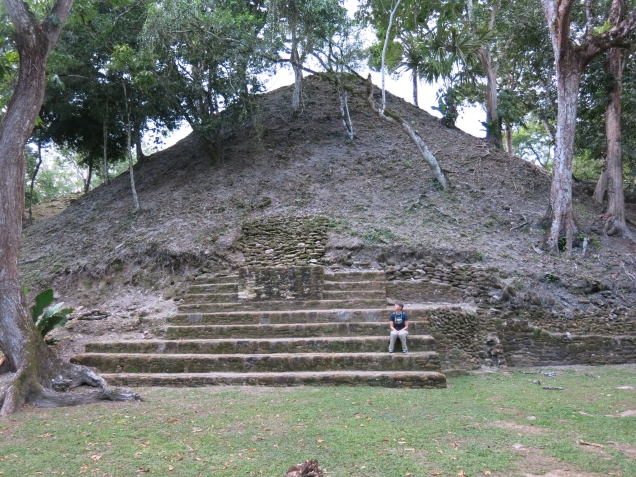 This pyramid has be left mostly unrestored. Nature bats last, and will win in the end.

I love that the landscape architects  left these trees right in the middle of the stairway. Not exactly ADA approved.

We were now so close to Guatemala with its much bigger and more famous ruins that we changed our plans yet again and headed on down the road.

Planning on the fly is how we roll sometimes.