The bad news: Janene and I only did one raft trip all summer. The good news: it lasted 33 straight days where we floated 315 miles, including a detour for a 7 day, 70 mile backpack trip along the way in the Frank Church River of No Return Wilderness. 315+70=385, so I assigned the title “Salmon 385” to our journey. I always like a nice title.

The first leg of Salmon 385 was 100 miles down the Middle Fork of the Salmon river. The MF is a premier bucket-list whitewater trip. It is tightly regulated, with a 1 in a 100 chance of winning a float permit in the peak season. But the river gods were pleased with us this year. A Boise friend won a permit and invited us along on the MF. Plus my niece in Portland won a permit for the Main Salmon, which meant we could link the trips together. Finally, a Portland friend invited us on a Lower Salmon trip after that. Running all three in a row is a fantasy I’ve long discussed with my rafting pals, but I have never personally known anyone who did it. Until now. 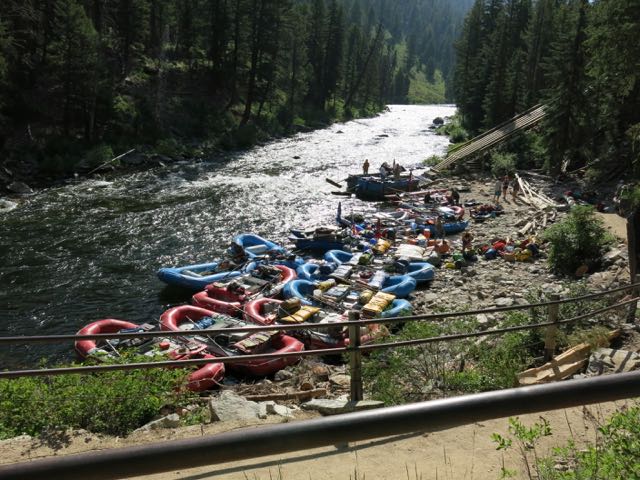 All summer the put-in at the Boundary Creek ramp is a crowd scene of controlled chaos. Most days seven groups launch, and groups generally range from ten to thirty people. It doesn’t seem like a “wilderness” trip at this point.

But 100 miles of river is a long way to spread out, and once on the water you usually have the illusion that you and your friends are all alone.

It can be good to have friends. For early July, the water was low, and the rocks impossible to avoid at times. (1,400 cfs, 2.4′ on the gauge if you know the MF). In this case I waded back up the middle of the river to help one of the group get free. In rafting-speak, they were”velcroed”, and were never getting off by themselves.

The lovely native cutthroat trout were in a biting mood.

This is Phil, not Whitie’s ghost. Whitie Cox worked a remote mine here, and didn’t even know WWII had started until he went to town months after it began. He enlisted, fought his way through the war, only to return home and be killed in a mining accident. Buried here on the MF, boaters adorn his grave. 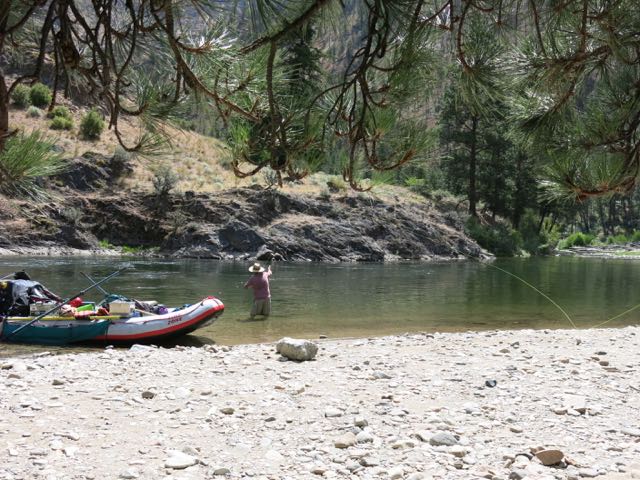 Our group was an experienced one, a fine crew with a vast river running resume. That includes Jim, a full time professional whitewater and fishing guide. Here he demonstrates his fly fishing expertise with a hard to execute bounce-cast. Only fellow flyfishers can appreciate his artistry in this technique.

Tappen Falls is one of the big drops on the MF. Run properly it is not that big a deal, but anything with the word “falls” in the name gets my attention. I am pointing where not to go, and regaling Phil with the tale of  of the time Janene rowed us precisely into said wrong spot. It made for an exciting run, and was the closest I have ever been to going out of a raft.

But this time Janene nailed it, and we shot straight through like we were in a pipe at the waterpark. 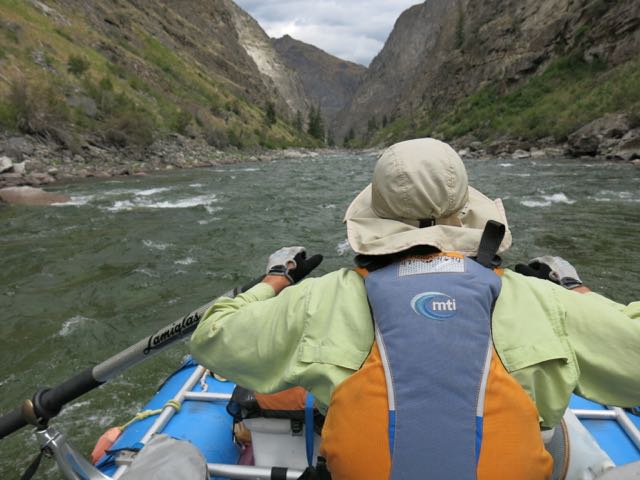 Eighty miles down, twenty to go as Janene powers downstream into Impassible Canyon. Most of the river is accessible by trail, but not this last stretch.

There are many Native American cultural sites along the river. I call this pictograph “Dog Chasing Sheep”. Historically the Tukudeka Indians, generally known as the Sheepeaters, were a Shoshone band that lived in this canyon. General Oliver Otis Howard, a one-armed Civil War veteran, attacked and rounded up most of the Sheepeaters in 1879 despite their innocence in the crimes of which they had been accused. The Sheepeaters were relocated to the Fort Hall Reservation in SE Idaho, a bleak and flat part of the state far from their homeland of magnificent rivers and mountains.”Indian Fighter” Howard is best known for his role in the legendary 1,200 miles pursuit of Nez Perce leader Chief Joseph. (See Moby Goes to Wallowa Lake for details on that epic flight.)

Janene wows the crowd with her cairn building skills. Bobbi (left) is clearly slack-jawed in amazement. Wendy (center) can barely contain her glee. And Dana? (right)  Well, Dana is a journalist, writing for Idaho’s biggest daily newspaper. Once a dancer on the stage, she now covers the arts. She had never been camping a day in her life, let alone go on a week long raft trip. But she was a real trooper. Clearly she finds Janene’s rock piling performance on day 6 of the trip to be riveting. 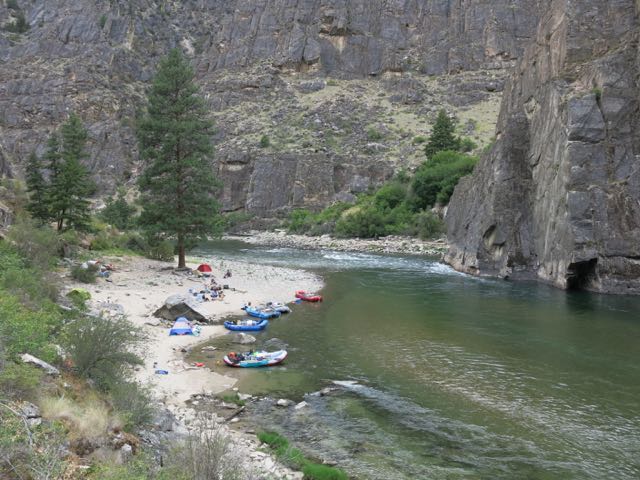 Named Cliffside, this is one of my favorite camps on any river I’ve floated. I’ve camped here half a dozen times over the years. But often I am sad here, because after ninety miles on the Middle Fork it is only ten more till the end of the trip. But not this time. Tomorrow the rest of the group packs their gear and drives back to Boise. But Janene and I are just getting started, as we will continue the river trip for another three weeks and 215 miles, with a week long, 70 mile backpack thrown in along the way. Idaho has its issues, but there may be no better state if you love wilderness and rivers. And we do. 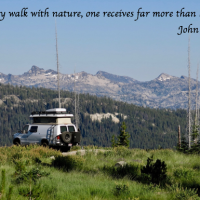 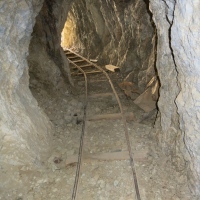 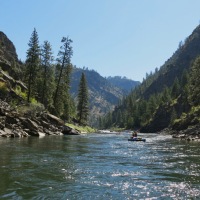